As you might recall, The Sense of Time was one of our favourite records of last year here at the Evening of Light HQ, Sjaak Overgaauw having pushed his improvisation/composition skills to great heights with a long album that was really varied and dynamic, and with a perfect balance between light and dark ambient. With that album and some recent live material fresh in mind, I must say The Theory of Nothing initially disappointed me. While the prelude builds

The fourth album by Sjaak Overgaauw, also know as Premonition Factory. He’s Dutch man living in Antwerpen, playing guitar and electronics. The CD cover has some pretentious wording, such as “nothing is the absence of something/sometimes a synonym for silence/the period before you start playing/after you played the last note. You start from nothing/less is more/the magic will come, eventually/record it, and release it/. Send your music into the world/the 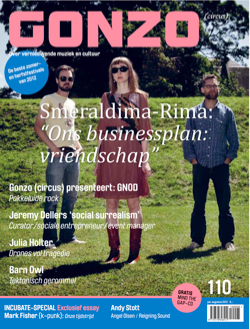 The Sense of Time was one of our favourite records of last year, and it proved that Sjaak Overgaauw has a brilliant touch in balancing recordings for a studio album. This new one proves there is a similar balance in his live works. Actually, it is not that surprising since he uses the save live synth improvisation technique for both purposes, with the only difference that always you have to

And although I don’t like to do this a lot, I tie in Sjaak Overgaauw’s new CD under the name Premonition Factory into this story. Overgaauw, a Dutchman in Belgium has already made two albums (see Vital Weekly 725 and 771) of quite nice ambient music played on guitar and those loop devices which no guitarist can do without these days. Just Gwozdz with his piano, but then with a

With the right set of ears, listening is anything but a passive process. Until he emerged as a recording artist under the Premonition Factory banner with last year’s 59 Airplanes waiting for New York, Antwerp-based Sjaak Overgaauw spent fifteen years mainly with decoding the systematics underpinning classics like David Sylvian and Robert Fripp’s Gone to Earth. Throughout this period of discovery, there was never any rush to step into the